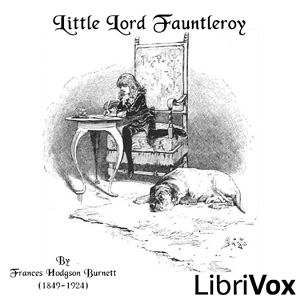 In mid-1880s Brooklyn, New York, Cedric Errol lives with his Mother (never named, known only as Mrs Errol or "dearest") in genteel poverty after his Father Captain Errol dies. They receive a visit from Havisham, an English lawyer with a message from Cedric's grandfather, Lord Dorincourt. Cedric is now Lord Fauntleroy and heir to the Earldom and a vast estate. The Earl wants Cedric to live with him and learn to be an English aristocrat. He offers Mrs Errol a house and income but refuses to meet or have anything to do with her.

The crusty Earl is impressed by the appearance and intelligence of his young American grandson, and charmed by his innocent nature. He admits that Cedric, who has befriended and cared for the poor and needy on the Earl's estate, will be a better Earl than he was.

A pretender to Cedric's inheritance appears, but the claim is investigated and disproved with the assistance of Cedric's loyal American friends. The Earl is reconciled to his son's American widow.

The Earl had intended to teach his grandson how to be an aristocrat; however, Cedric inadvertently teaches his grand-father that an aristocrat should practice compassion and social justice towards persons who are dependent on him. The Earl becomes the kind and good man Cedric always innocently believed him to be. Cedric is reunited with his mother, who comes to live in the ancestral castle with them. "Little Lord Fauntleroy" is the first children's novel written by English–American playwright and author Frances Hodgson Burnett. (Summary by Wikipedia)

Uploaded by librivoxbooks on October 13, 2009